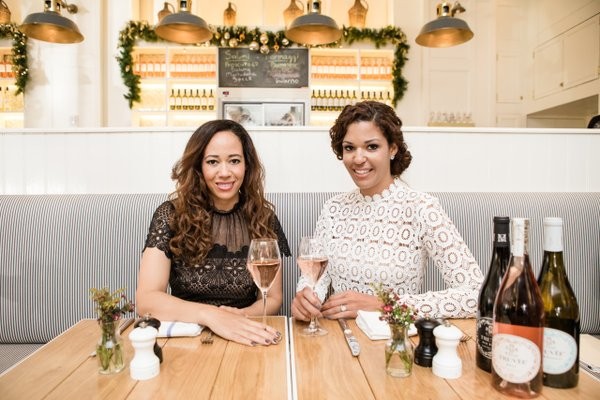 It’s funny how my brain works. Or perhaps it’s terrifying. Either way, my brain perked up this morning when I learned that it is International Women’s Day. I thought – hey Jen, you should write a blog post about being a woman in the advertising world…or something. Almost immediately that made my brain think–remember the women from the The Ad Club Women’s Leadership Forum you went to last week? You should write about them. And THAT made me think about the talk I listened to by the female founders of the McBride Sisters wine company at that forum. They told their story of breaking through in the intensely old school wine category by staying true to what they believe in, not giving up when they were told they wouldn’t succeed, and believing that everything is truly possible as long as you’re tenacious enough to work for it. And then my brain started thinking: wine. But I decided to hold that thought and go back to the previous ones.

So, back to thinking about International Women’s Day and my role as a woman working in the advertising world. Truth be told, I have never been one to define myself by my gender nor have I ever felt like being a woman has been a disadvantage; but I also know that I may either be a bit naïve or the exception to some long-standing rules. That said, there still was something truly inspiring to me that the McBride sisters’ speech brought to mind, and that was the power of tenacity.

Whether female or male, we can all use a reminder that tenacity is critical. And it’s also hard. And sometimes terrifying. But without it I would never have made it to where I am in my career, or in my life. Without it, company’s like the McBride Sister’s wouldn’t exist. In fact, without it, some of the bravest brand stories of all time would never have been told.

Think about it: name a single, successful brand, big or small that didn’t start with someone being tenacious enough to think they could succeed. By its very definition branding is about tenacity. It’s about finding the things that are the most true about your company and tirelessly driving that message home.

So whether you take this little stream of consciousness as a rallying cry as a woman or you think about it in the broader sense, remember the importance of tenacity.

And also a good glass of Truvee Chardonnay wine. (Sorry, there goes my brain again.)