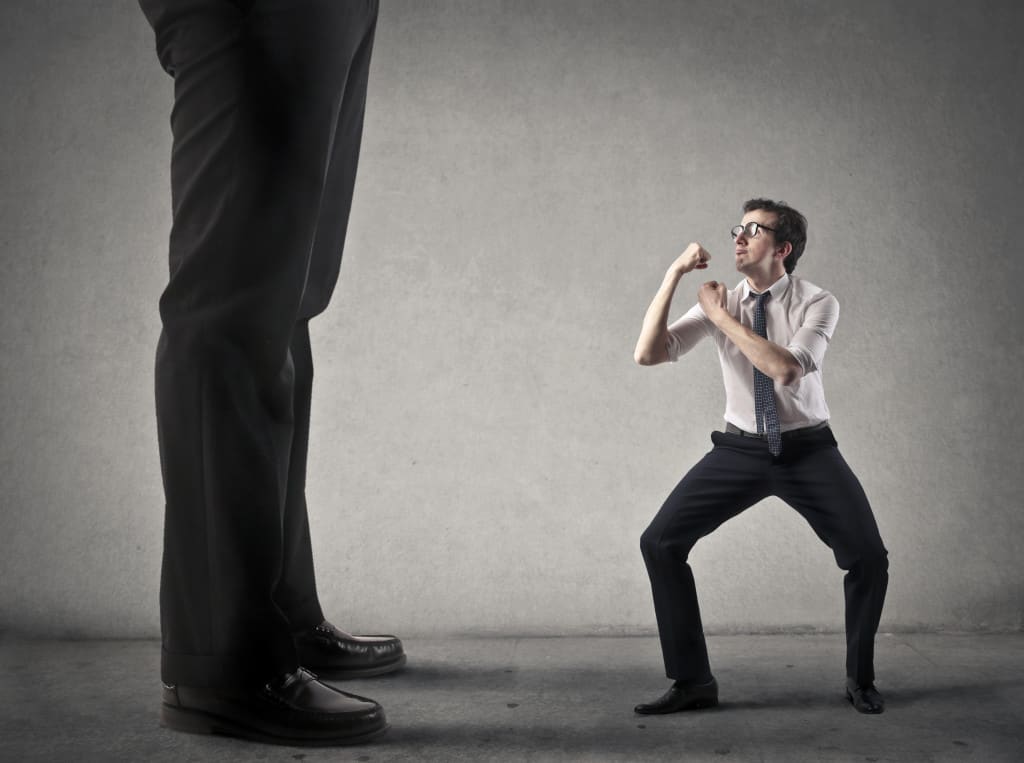 Businessman is fighting against someone bigger

No matter the industry, there is always a pecking order. At the very top are the Goliaths, those brands that have led their respective categories for years and spent millions if not billions in marketing to stay on top.

Below the Goliaths are everyone else, the small to mid-size brands that fight for market share and relevance while being overshadowed and significantly outspent by the big guys.

If you’re responsible for marketing one of these challenger brands, no one knows better than you what you’re up against. But perhaps you also know that having the right kind of fresh and aggressive “challenger” mentality can go a long way in setting you apart from everyone else in your category.

One challenger brand we helped do just that is Atlantic Broadband. They are a telecommunications company providing internet, TV and phone to customers in five regions along the East coast and have been a client of Full Contact for six years.

When we began working with them they had three distinct challenges:

Given their challenges, the first thing we wanted to do was create a value proposition for Atlantic Broadband that strategically separated this nimble and innovative company from the pack. Some challenger brands feel they need to match all that the category leaders have to offer, but just don’t have the resources to keep up. We convinced Atlantic Broadband tosimplify and unify their value proposition behind the three pillars that really did set them apart:

We selected these pillars because knew they had the fastest internet speeds in most markets. We also knew none of the national carriers could compete with this regional brand for responsive “boots on the ground” customer service. Finally, Atlantic Broadband was way ahead of the innovation curve in providing more of the entertainment consumers were looking for by being the first provider in the US to integrate Netflix into their offering (even adding TiVo a few years later).

We summarized our three-pronged strategic focus into the simple outcome that it actually delivered for customers: instant gratification from both an internet, entertainment and local service standpoint. It’s what led us to create a brand platform that is still as compelling and relevant for Atlantic Broadband today: “What you want. Instantly.”

This brand platform became the cornerstone for all of our creative efforts moving forward, including a fully integrated campaign that leveraged the all-important digital channels as well as the traditional (TV, radio, OOH, print, DM). The campaign zeroed in on the clear advantages of having the fastest speeds, the most entertainment choices, and customer service right in your neighborhood. The worked looked and felt different from that of the category leaders simply because it had to be different to stand out.This is one of the real keys to success of having a challenger brand mentality: don’t try to be like the other guy, instead succeed at being like no one else but you.

And succeed they have. Atlantic Broadband has enjoyed phenomenal results since we began working with them six years ago:

Sure, it’s great to be the leader in the category. But at Full Contact, we feel it’s even greater to always have the challenger mentality, no matter how successful your brand becomes or how big it gets. That way you’re always hungrier, nimbler and thinking more differently than the rest of the pack. Oh, and it’s never boring.