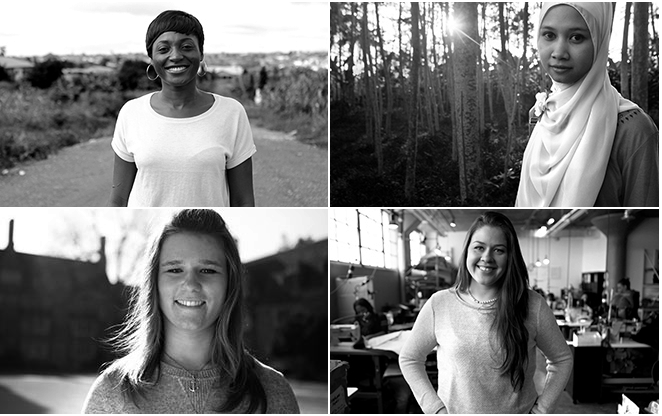 On a recent commute home from work, I was scrolling through Facebook and came across the incredible story of Veronika Scott, a 24-year-old woman who started her own company making winter coats for homeless people. Amazingly, each coat turns into a sleeping bag. On top of that, her company only hires women who are dealing with homelessness themselves. Seriously, if you haven’t seen this video, check it out here.

As I watched the video, I felt moved by the inspirational story—until the last four seconds, when a Gap logo appeared. Suddenly, this amazing story of a young woman who had overcome incredible odds to create a better life for herself, her family, and her community was (in my mind at least) tainted by a brand’s logo on the end. I had to get to the bottom of this. I wanted to hear that Gap donated the fabric or gave her the seed money to get off the ground. Something that would make me feel that a big corporation wasn’t just drafting off of a young woman’s story and success.

Some quick googling quickly revealed the One Stitch Closer program, an initiative that extends Gap’s long-standing commitment to supporting women. As a member of the Boston Lean In Chapter and as someone who strongly believes in women supporting women, I was intrigued. It turns out that Gap actually provides life skills and education to over 30,000 female garment workers around the world. Now that’s pretty cool.

This program has been in place for nearly two years – and the video that I watched in my Facebook newsfeed was actually part of a series that they developed to showcase women who focus on making themselves and the world better every day. It is only in the last few weeks that Veronika’s incredible story has gained traction on social media, and thus the entire program has entered the spotlight.

I can’t help but think that there must have been a better way for Gap to get credit for their efforts. Had I discovered the video via the section on their website that talks about the program, the dots would have connected themselves. But when all I saw was their logo at the end, it felt insincere. I’m sure Gap considers this video a success – after all, it has over 7 million views on YouTube (and counting, once you watch it) – but I worry that other viewers were left with the same negative feeling that I felt.

This experience leaves me thinking about one of the biggest challenges in the ever changing content space today: getting credit for creating meaningful content without coming across as self-serving. Brands know that consumers want content that interests and engages them. BUT, as a brand you also have to ensure that any content makes a meaningful connection back to your brand. A connection that is genuine to your brand message, simple enough to quickly understand without overpowering the quality of the work, and one that comes through without the consumer having to click every page of your microsite. Anything other than that will feel forced and run the risk of consumers leaving the experience skeptical of the brand rather than connecting with it.