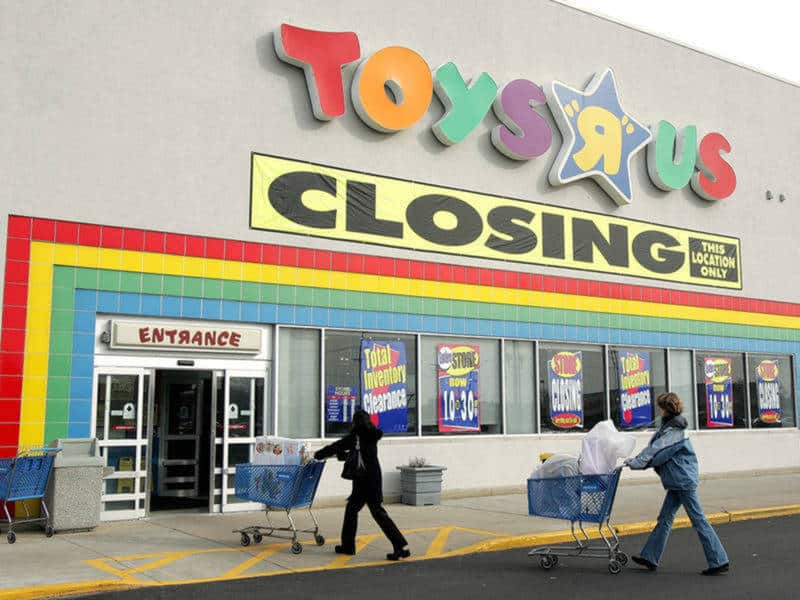 We pulled together some of the most interesting articles we’ve read recently — and included the quote that got us talking the most.

In the Toys R Us void, Toy Makers Should Target Grocery
Retail Dive

With pending liquidation of Toys R Us, we are certain that toy makers are scrambling to fill the gap in their profit-and-loss statements. Tim Hall, CEO of Simporter, suggests that toy companies begin to more aggressively target grocery channels. This approach will allow these companies to stay top of mind with kids and families as children typically accompany parents when shopping in grocery stores, also making it the perfect channel for impulse buys. Hall goes on to say, “spontaneous toy buys frequently occur as a result of what we can call, for brevity, bribery and nagging.” Also, well thought out displays and interactive packaging that catches the eye of children will drive impulse buying in this new channel. It will certainly be a challenge for companies to lose Toys R Us, but grocery stores certainly hold a tremendous about of potential for the savvy toy retailer.

Wisconsin Candidate for Govenor, Kelda Roys, is best known for getting the legislature to pass a ban for the use of BPA in baby bottles and sippy cups. Now Roys is turning heads in a recent commercial showing footage of her casually lifting up her sweater and breastfeeding her crying baby. It compliments Gap’s recent boundary breaking breast feeding ad for their new luxury line “Love by GapBody” showing a mother breastfeeding a toddler. The ad created a buzz with the hashtag #NormalizingBreastfeeding. Heidi Stevens from the Chicago Tribune says, “it’s like women looked at the current landscape…and went: oh it’s on.” Ads are continuing to push against once accepted. misogynistic norms and asking people to think differently – becoming comfortable with the traditionally uncomfortable.

In 2015, Lego was crowned 82nd of the world’s most valuable brands in Interbrand’s 16th annual Best Global Brands list. This is a big jump from 2000, when the family owned company was facing bankruptcy for over-extending their product line — introducing clothes, TV shows, and multiple theme parks. It was during that time that Lego decided to go back to the basics, or as they call it “back to the brick,” focusing on their core products and beliefs appealing to the creativity of kids and nostalgia of adults. Roar Rude Trangbaek, a spokesperson for Lego, talks about how they wanted to reach kids “whether on digital platforms or playing at home on the carpet with the physical Lego bricks.” Sometimes getting back to the basics of your brand is the most critical path to success.