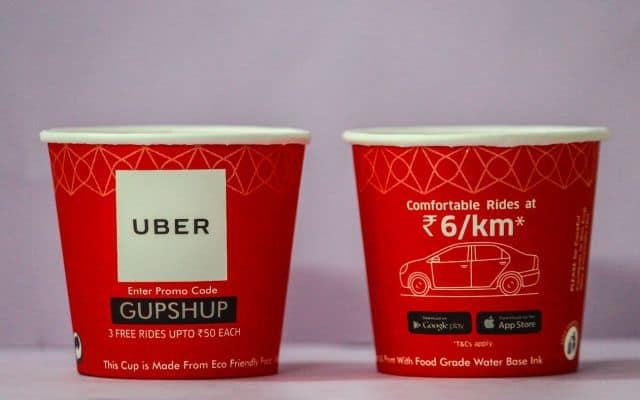 We pulled together some of the most interesting articles we’ve read recently — and included the quotes that got us talking the most.

Your Paper Tea Cup is The Next Frontier for Advertising in India
Source: Quartz India

Two college class mates, Sanil Jain and Sidharth Singh, reexamined the use of print advertising. The startup company, CupShup, prints advertisements on paper cups distributed to cafeterias and airlines. The idea for the company originated from an extensive discussion during tea time with friends. Sigh came to the conclusion;“People (when) given cues to something…. it triggers discussion among friends which may not happens when you see a hoarding.”
For a class project, the owners placed logos on various paper cups around the college campus. When the students were later asked what logo was placed on their cup; 90% of the respondents remembered the brand. “The beauty of the medium is that it is very very targeted. We are taking brands to the right hands. The exposure time is five-to-seven minutes, (which is) kind of unprecedented,” says Jain. Due to its low cost and high exposure time, airlines, corporate offices and college are ow collaborate with the company to directly reach their target audience. Now, CupShup works with over 95 brands including, Coke, Uber, and Google. What will happen next for them, who knows? But it’s looking bright.

He Led a Turnaround at Taco Bell. Can He Do It at Chipotle?
Source: The New York Times

The fast food world survives on the vast number of food options, strong marketing and reliable franchisees. This is how Taco Bell’s chief executive, Brian Niccol, brought the company from the “is that edible” to a more life style approach with “Think Outside the Bun.” The company created new menu items like the Dorito taco shell, as you may all recall went viral via social media and word of mouth. Now, Niccol is facing the challenge of addressing the downward spiral Chipotle finds itself. “They need to establish the brand momentum and get the cool back, which typically means trying something new,” says David Palmer, a restaurant and food analyst at RBC Capital Markets. Chipotle finds itself struggling with a small menu making them facile to adding menu items.  Last year they introduced queso dip, it immediately received bad reviews before promptly changing the recipe. But damage had already been made. Diners struggle with the change, but always appreciate quality. Personally, I think Chipotle needs to get back to its roots and refine the quality and flavor of the meat, bringing out the best of the grilled experience in their food.

With sex and status controlling the advertising world today, a study published in the journal Plos One, investigated more into this psychology. Researchers from colleges all over the world, used Rhesus Macques monkeys that, like humans, have a brain that can handle social perception. They paired brand logos next to dominant, subordinate and perinea images of male and female monkeys. They found monkeys were more likely to choose the brands associated to imagery of monkey genitalia and dominate monkeys. Whether this connects with the perception of sex- and status-based advertising to humans is still skeptical. With the overflowing amount of advertising being thrown at us every day, these images could be tapping into more than just our brains. Unlike monkeys, humans are more responsive to emotions, being other popular route for most ads, but that will just have to wait for another study.