We’re Pulling for Eddie the Terrible

I should preface this post with two caveats: I am not looking for a new dog, and I don’t live in Silicon Valley. That’s why I was surprised when, Tuesday morning, I found myself on the website of the Silicon Valley Humane Society.

There, I met Eddie the Terrible, a thirteen-pound Chihuahua (mix?).

Here are just a few highlights of his posting:

“While Eddie The Terrible has never actually attacked another dog, he’s made it abundantly clear that he hasn’t ruled out the possibility. He goes from zero to Cujo in .05 seconds when he sees another dog on leash.”

“In a home environment Eddie is lovely. He’s housebroken, loyal, fun and friendly. He lives to play fetch. But socially? He stinks.”

And, my personal favorite:

“While Eddie is crate trained, he has a weird thing about sleeping in the crate. And by weird thing we mean ‘nope, not happening’. A bed in your room? Awesome. In the bed with you? Better. In a crate? Let him sing you the song of his people…”

Here’s the thing: This is a brutally honest (and effective) ad. It’s immensely shareable. It tells a story (with a character, no less!). It’s funny. And, best of all, it’s really honest. The shelter is really clear that Eddie isn’t the dog for everyone, but it’s also clear that he’s right for someone.

Anyway, as an agency full of dog and animal lovers (see our photos below), we thought we’d help get the word out about Eddie – regardless of our New Englandness – in hopes that he finds a home that’s just as terrible as he is.

GOOD NEWS UPDATE: Since writing this post, Eddie the Terrible has been adopted, making for further proof that good storytelling can go a long way. 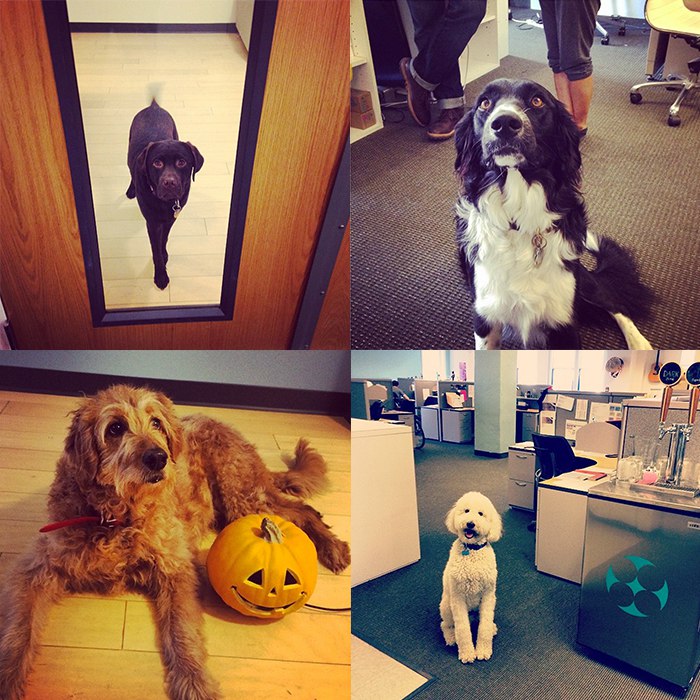