Have we Talked about Authenticity Recently?

It seems as though I can’t open a single trade publication lately without stumbling across an article on authenticity. The importance of it; someone who missed it; a brand that rocked it and saw the success. While this topic has been at the center of many recent conversations about branding, it doesn’t seem as though it is going anywhere anytime soon.

That was further proved true to me at a recent Ad Club CMO Breakfast featuring Keds CMO Emily Culp. While she talked about none other than – authenticity – she talked about it from the heritage of a 100-year-old brand. Their focus now is a mix of both honoring the heritage as well as bringing it forward in a modern way.

What I never knew about Keds is that they were the first sneaker developed exclusively for women. In fact, they saw the development of the female sneaker as empowering because women were no longer constrained to wear pumps when participating in athletic endeavors. How cool!

With that history in mind, and a strategy focused on #LadiesFirst, it would have made natural sense for them to head straight for Beyoncé when searching for influencers. After all, Who run the world? Girls! But rather than jump right there, Emily wanted to be sure that any influencer that they engaged authentically believed in Keds and their mission. You could say she was looking for someone who walked the walk. Much research has led them to a micro-influencer campaign. Two of their key influencers during this strategy are Allison Williams and Krystal Jung. These women both honestly believe in both the Keds product and the #LadiesFirst positioning through their actions, causes, and more. While they may not have the same sized following as a Beyoncé, their populations are engaged and exactly the right audience that Keds wants to be reaching.

Needless to say, I greatly enjoyed her talk. She provided a new perspective on one approach to authenticity, giving me some things to think about. She also gave this high-heeled loving woman a reason to purchase a new pair of Keds (admittedly, my first pair in years) and the confidence to wear them knowing that I’m making a statement about #LadiesFirst. 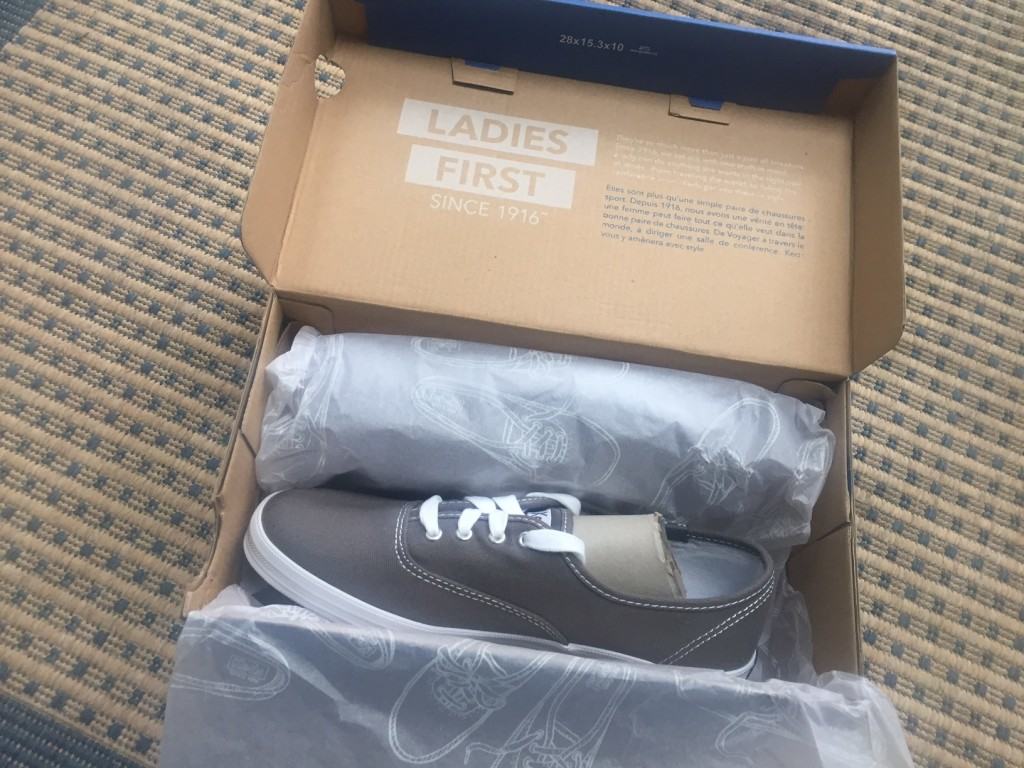