Teaming up Against Alzheimer’s: A True Labor of Love.

Over 5 million Americans are afflicted by it today.

Within the next eight years, it is projected 44% more people will suffer from the disease annually.

It is the only leading cause of death in the U.S. without a cure, and without even a way to slow its progression.

It is Alzheimer’s disease. It is horrible to the people who suffer from it. It’s devastating to their families. And something needs to be done.

When the Alzheimer’s Association approached Full Contact in early 2017 and asked for our help, we jumped right in. As many people as there are afflicted by Alzheimer’s every year, there is very little awareness about the disease. There is also little awareness about what families can do when their loved ones experience the early signs. We wanted to create a campaign that revealed some of these symptoms, and more importantly, let people know there is somewhere they can go to get help.

Our creative team of Associate Creative Directors Lawrence O’Toole and Dave Wall really dug deep, did their research, and spoke to families who have had to watch someone they’ve loved for a very long time begin to slowly disappear from the effects of the disease. It was an eye-opener for Lawrence and Dave, and the campaign they created takes an unwavering look at those early moments in someone’s life where everything is normal, until it isn’t.

When you put together a campaign for a non-profit, you are asking people throughout the creative and production world to donate their time and talent to see the work through. In this case, that all started with our godsend of a freelance producer Deidre Hazelton, who moved mountains and created minor miracles almost every day to make this project a reality.

Along the way, something that we all found astounding was to see so many people volunteer their efforts because they had such a personal connection to the disease. Each one of these incredibly talented folks had or has a loved one with Alzheimer’s: From JOJX Productions, our director Didier Beringuer’s grandfather. From Peel & Eat, our editors Pete Warren’s and Joel Walker’s father and grandmother, respectively. From Soundtrack Boston, our sound engineer Mike Letourneau’s grandfather. From Nice Shoes, our colorist Phil Choe’s grandmother and grandfather. Our female voice talent DeMane Davis’s mother.

Even Russ Martin, our client from the Alzheimer’s Association, lost his grandmother to the disease. And finally, closer to home, my mother Sheila has been suffering from Alzheimer’s for almost three years. She is in a memory care unit of a nursing home and being well take care of, but the effect the disease has had on her, my dad, and our entire family has been profound.

This is a disease that touches everyone around it. That is clear by the overwhelming support we received from the creative and production community on this project. We are all very proud of the work, and we hope that the awareness this campaign creates will help other families know the warning signs and get the help and support they need as soon as possible. And ultimately, we hope like Hell there is a cure. 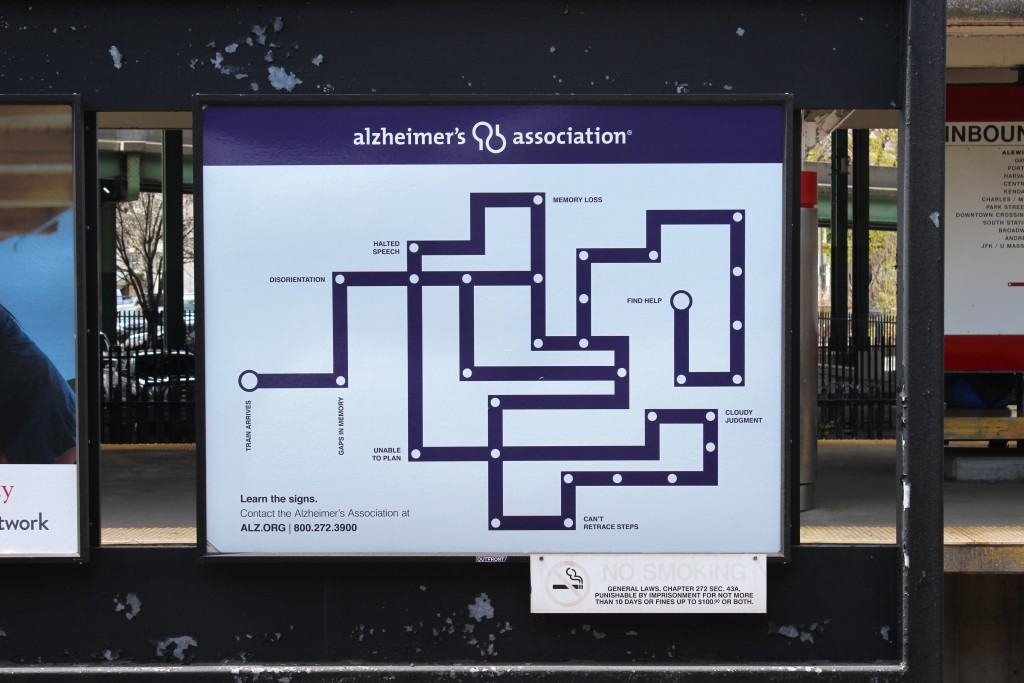