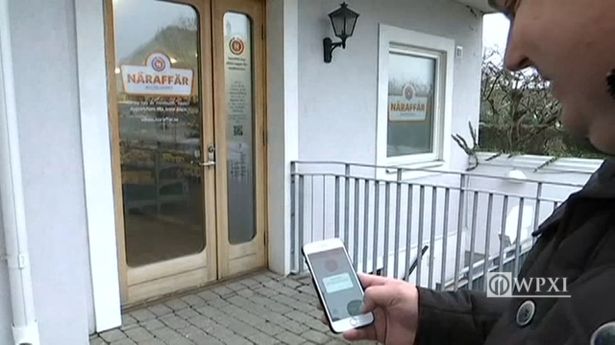 A Grocery Store Running Solely on an App and the Honor System
Source: WXPI
Yes, you read that right. A small community in southern Sweden opened up the first supermarket controlled exclusively by a mobile app. The store is open 24 hours a day, 7 days a week with no staff on-site (it’s monitored round-the-clock by security, don’t worry). Registered customers who have downloaded the app have the freedom to get what they need whenever they need it, bringing the honor system to a whole new level. The store owner insists that such a simple process makes it easier for him to trust the customers. Could American grocery stores find this same trust? Maybe they’ll follow suit if this store shows great success!

Ford Files a Patent for a Self-Propelled Unicycle
Source: PSFK
Ford is trying to prove that it gets the struggle of urban commuters with its outlandish — and potentially brilliant — a new patent: a self-propelled unicycle that ejects out of a vehicle. This unicycle will act as a space-saving alternative to lugging around a bike to get through the city streets. The patent shows the unicycle coming in two parts: the wheel, which is actually the back tire of the car, and an upper section that consists of a seat, foot rests, motor and battery. But let’s not get ahead of ourselves; you probably won’t be seeing Ford unicycles speeding by you anytime soon. The patent just means they have the concept in mind, so don’t put your Schwinn out at your next yard sale just yet.

Watch All Super Bowl Ads with YouTube’s AdBlitz
Source: Mashable
Super Bowl ad season is upon us and looking better than ever thanks to YouTube’s AdBlitz. AdBlitz is a satellite website that will show all official Super Bowl ads in one place starting Wednesday, January 27th. This early release of the ads will not spoil the surprises for fans, according to YouTube, and will allow advertisers to get more bang for their buck, seeing as they’re paying a record $5 million for a 30-second spot. In the past, brands that released ads prior to the big game ended up with 2x the views and 3x the shares. Sounds like a win-win to us! After the game, AdBlitz will open up voting for the best Super Bowl ad of the year. We’ll have to see if anyone can beat Budweiser’s “Lost Dog” spot from last year!